Lessons from the Changing of the Guard 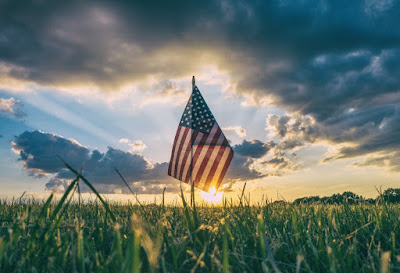 On a hill overlooking our nation's capitol, there is a monument.  It stands sentinel over the last resting place of an unidentified soldier from World War I.

The Tomb of the Unknown Soldier.

This burial ground is a bit of sacred space.  It is guarded continually.  In every kind of weather.

Be it searing sun, or driving sleet, a drenching rain or balmy night... the men and women who stand guard over this Tomb do so with the a steadfast devotion.

They are the Tomb Guards.  These soldiers are part of the 3rd U.S. Infantry Regiment known as "The Old Guard."

It is one of the highest honors to serve this post.

The changing of the guards is also one of the most solemn events to attend... One day the farmer and I will go and stand in quiet gratitude, but until we do, there's a part of the ceremony that just stills my heart... 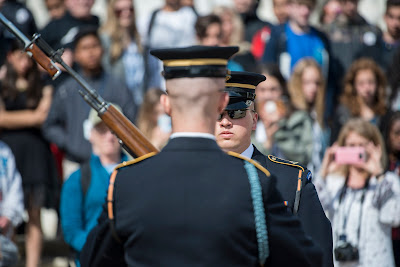 At each changing, the relief commander appears with the new relief soldier. They face the current soldier on duty and in unison all three turn to salute the Unknown in the Tomb... 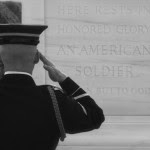 The commander then turns to the soldier on duty and gives the charge, "Pass on your orders."  To this the soldier replies, "Post and orders remain as directed."  The new soldier ready to relieve him responds, "Orders acknowledged" and steps into position on the mat to begin his turn guarding the tomb. 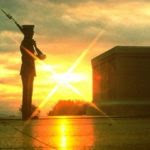 This changing of the guard, it is somber and dignified and holds such meaning.  Post and Orders, Remain as Directed...

And so it is with us.  We are all given our Post and our Orders.  Through life, no matter what comes, they remain as directed.

Mom would be the first to say that her battle with pancreatic cancer only sharpened her post and her orders.  For her, it was to love and cherish her husband, her children and grandchildren.  The cancer, it simply laser-focused those orders.  It did not change them... Her Post and Orders, they Remained as Directed, no matter what came her way.  She loved us so very well.

Mom walked through the cancer fray with a grace and a dignity that would do the Tomb Guards proud.

Wherever your Post, Whatever your Orders, may I encourage you to Stay the Course?  I speak it to myself,  When we grow weary in the journey, when we face the storms and searing heat of battle... might we remember the charge,

Email ThisBlogThis!Share to TwitterShare to FacebookShare to Pinterest
Labels: Memorial Day, Tomb of the Unknown Soldier