A New Approach to Pancreatic Cancer...

So, here's the thing... we talk a lot about Hope on these pages.  Hope in the fight.  Hope for the cure.  Hope for better days ahead... 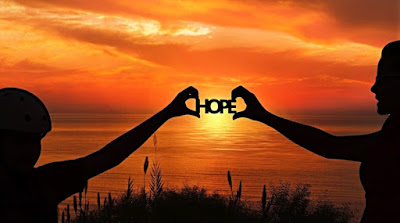 When mom was first diagnosed with pancreatic cancer, her options were limited.  We have shared so much about the treatments here on the blog and the website.  They were traditional/conventional therapies, the standard treatments of chemo and radiation... with an abysmal cure rate.

Somewhere along that road we hit the wall and started to question everything we knew about this cancer and the journey we were on...

In 2016, those thoughts and the ensuing research resulted in a series called The Truth About Cancer: And a Little Hope.

We spent our time exploring the current state of affairs with pancreatic cancer and braved the nay-sayers, opening the door to question the value of alternative therapies and treatments.

It was an eye-opener and one that has marshaled in a season of curiosity and research... We have come to believe that we fall somewhere in the camp between the traditional and alternative... more of a complementarian approach, if you will.  Some call it Integrative Cancer Care, taking the best from each world and attacking the cancer with no holds barred.

And here's why... when mom was first diagnosed with pancreatic cancer, her symptoms were pronounced and urgent.  The mass on her pancreas had grown large enough to press in on her bile duct and pancreatic duct, effectively closing them off, trapping bile and digestive enzymes.

The pain was intense, and the jaundice was terribly alarming.  Doctors performed an ERCP (surgical procedure under anesthesia) and inserted stents (small plastic tubes) to open the ducts and allow the trapped bile to drain.

Mom's physical relief was almost instant, even as our emotional world was collapsing with the news of her cancer diagnosis.

But the truth here is that conventional/surgical treatment probably saved mom's life at the very beginning of her cancer journey.  So yes, we fall into the traditional camp...

We also believe that some alternative therapies are truly life-savers too.  You might have heard of this one!  The year was 1535, with a brutal winter upon the St. Lawrence River.  Captain Jacques Cartier was up to his hip boots in dying sailors.  A strange disease had taken hold on his ship and most of his men were in misery.  Bone-deep fatigue, frightening skin rashes, bleeding gums, partial paralysis.  Many feared witchcraft or spells cast on them by the native populace.

With a dying crew, Cartier was out of options.  In a last ditch effort, he turned to those same natives for help.  The locals boiled the needles of the tall White Cedar trees that lined the river banks and made a tea for the crew.  Almost immediately the crew began to feel better.

Jacques Cartier was astounded at the miraculous turn-around.  Little did he know that he had just witnessed a simple, natural cure for Scurvy.

The needles of the White Cedar trees are chock full of Vitamin C.  And Vitamin C deficiency is what his sailors were experiencing.

Just a quick fact:  it is estimated that between the years 1500 and 1800, scurvy claimed the lives of at least 2 million sailors.

All for the lack of Vitamin C...  Adding this vitamin from healthy sources to our diet is what, today, we call an alternative or non-traditional approach to medical treatment.

So, yes, we believe in certain Alternative therapies.

Quite a confusing dilemma.  Conventional?  Alternative?  Both approaches have merit.  And as the saying goes Never throw the baby out with the bathwater... So, then, the cancer patient is faced with the very difficult job of weeding through the treatments that have merit and are backed by scientific research... And the treatments that are nothing but fancy snake oils sold by unscrupulous quacks.

Which brings me to point of this post, yes, there is a point, and I know that was a long intro (the farmer is right, I can always make a long story, longer... truth!)

But here is the point... in our research, we have just discovered a therapy that may have merit for every pancreatic cancer patient.  And it falls into the Complementarian Camp, a mix of both Conventional and Alternative. 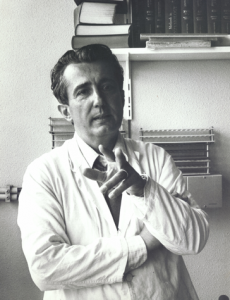 Dr. Beljanski believed in complementary medicine long before it was accepted.  Perhaps that is the reason his research and studies have been buried for so many years.

Just recently renewed interest in his work has brought the spotlight to bear on his body of work and the possibilities it has for treating pancreatic cancer.

But first, let's back up and explore a little about Dr. Beljanski and his background.

As a molecular biologist, Dr. Beljanski pursued the cellular route to eradicating cancer.  In very simplified terms, he discovered that cancer cells "relax" the DNA helix of each cell, which opens a large area of the cell and allows replication of the mutated or cancerous cells.

His premise was that if the cancerous cells could be altered or mutated to open their cells, there must be a way to close the cell and stop the cancer from replicating or growing.

Dr. Beljanski spent over 50 years devoted to the scientific study of these cancerous cells.  I could never condense a lifetime of work into one small post... his research covered things like cancer DNA, Oncogenes, RNA replication, Cancer Stem Cells... He published over a hundered scientific papers, wrote 2 books and filed for 11 patents during this time...

But in the effort to get to the point ;-) this is Jane's-condensed version:

Through the years of research, Dr. Beljanski identified 2 particular plant extracts that targeted the damaged DNA in cancer cells, prevented the DNA replication and thus caused death of the tumor cells.

In a word, these plant extracts eliminated the cancer cells in study after study.  And not just any cancer cells, they stopped pancreatic cancer cells in their tracks! Without damaging healthy cells, so no nasty side effects.

So, curious what the plants are?  Ya, me too!

It is the Pao pereira plant and the Rauwolfia vomitoria plant.  Kind of wished they had more catchy names, but no matter, they are now the subject of extensive scientific research in numerous medical trials.

Don't just take my word... go explore these studies and make your own determination:

2.  The University of Kansas Medical Center:  Extract of the Medicinal Plant Pao Pereira Inhibits Pancreatic Cancer Stem-Like Cell In Vitro and In Vivo.

Their study model:  "In the present study (July 2018), we investigated a natural product, the extract of Pao Pereira (Pao), for its anti-pancreatic cancer effect in vitro and in vivo, either alone or in combination with the first-line chemotherapeutic drug gemcitabine (Gem).  Pao induced dose-dependent apoptosis to all five tested pancreatic cancer cell lines.  The combination of Pao and Gem had a synergistic effect in the inhibition of cell growth."

Today, Dr. Beljanski's work continues at The Beljanski Foundation here in the United States.  And his products, the plant extracts, are distributed by Natural Source International, Ltd.

Jean Le Guen shares his story with pancreatic cancer and Dr. Beljanski's natural products here.  It is an amazing story of surviving a terminal diagnosis with an integrative approach.  Well worth the read.

Dr. Beljanski's protocol for treating pancreatic cancer is as follows:

This is an extremely difficult malignancy to overcome inasmuch as it has a mere 1.5 % rate of survival for up to 5 years.  In addition to conventional treatments (generally radiation therapy and/or chemotherapy), take:

***And please, remember, nothing on this website construes medical advice... always, always, speak with your oncology team before attempting or changing your treatment plan.

The jury is still out on Dr. Beljanski's protocol.  More studies and clinical trials are needed.  We share it here because preliminary studies are exciting and showing promise.  And that means Hope for the fight!

Mom's cancer treatment consisted of the conventional treatments available at the time, chemotherapy and radiation.  It was a year-long study in how not to battle pancreatic cancer... the nausea, vomiting, weight-loss, abdominal pain, complications... all signals that we were losing the fight, inch by excruciating inch.

So... in a nutshell, mom benefited from that immediate surgery to open her bile and pancreatic ducts.  We believe she would have died if not for that life-saving surgery.  And the chemo and radiation extended her life for a short time, that we believe as well... but at what cost?

Because the truth is that she did die of pancreatic cancer, while receiving the very best conventional treatments her doctors could make available.

Dr. Beljanski would agree and he spent his life devoted to finding a better way.  A complementarian approach that brings the best of both worlds to the table.

Graced tonight that the work continues.  Believing in a cure in our lifetime.  Trusting in Grace to carry us through the storm while we fight.