Pancreatic Cancer Does Not Define this Life


Yesterday we lost a civil rights legend... to pancreatic cancer... 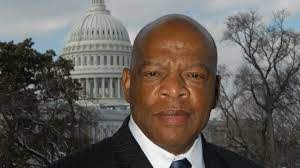 There is a deep grief for his loss... for a nation, for his friends, but most of all for his loved ones.

John Lewis served as a US congressman for more than 3 decades and was a passionate advocate in the pursuit of civil rights.  And while that is how the world knows him, his family shared their hearts yesterday...

"It is with inconsolable grief and enduring sadness that we announce the passing of U.S. Rep. John Lewis.  He was honored and respected as the conscience of the US Congress and an icon of American history, but we knew him as a loving father and brother.

He was a stalwart champion in the on-going struggle to demand respect for the dignity and worth of every human being.  He dedicated his entire life to non-violent activism and was an outspoken advocate in the struggle for equal justice in America.

He will be deeply missed."

When Congressman Lewis was diagnosed with pancreatic cancer 6 months ago, he vowed to fight the disease in a vulnerable and honest statement,

"I have been in some kind of fight - for freedom, equality, basic human rights - for nearly my entire life.  I have never faced a fight quite like the one I have now."

Pancreatic Cancer is a formidable foe.  It levels the playing field with a ruthless intensity.

Many have faced the same battle.  And fought hard.

But Pancreatic Cancer does not have the last word.

It does not define the life of John Lewis.

His legacy is one of tenancious courage, facing the struggle of inequality head-on with passion and faith.  He led with an unshakeable belief in the value of every life... for we all live in the same house.

"We all live in the same house."
~ John Lewis

So let's carry on together... in the fight before us.
I believe Congressman Lewis would expect nothing less.

Prayers and Peace to his beloved family this night.